Transportation Alternatives For Commuting in Miami 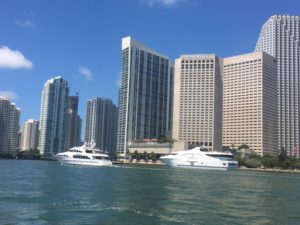 I moved here from the San Francisco Bay area over 25 years ago and am still amazed at the lack of public transportation options in Miami.  I have used Metrorail to get from my home in suburbia to downtown Miami and it is not as easy or user friendly as train systems in San Francisco, New York City, or Washington D.C.  plus, it is an extremely limited route.  I know the SMART plan is supposed to address a lot of the busiest corridors, but implementation of any of those alternatives are most likely several years away, and I think the Brightline will help a lot with the traffic on I-95 for traffic heading to or coming from the north.

Another option would be to encourage drivers commuting from Key Biscayne, Miami Beach, Coconut Grove, and other areas with water access to boat to work.  Since there isn’t enough marina space for boating commuters and we don’t have a ferry service, maybe by offering incentives to use services such as Water Taxi Miami in addition to ride share services, we could cut down on the number of cars clogging our roadways and decreasing productivity.  The idea of commuting to the office in a scene like the one pictured above, sure beats sitting on I-95, 195, 395 or the Rickenbacker Causeway! 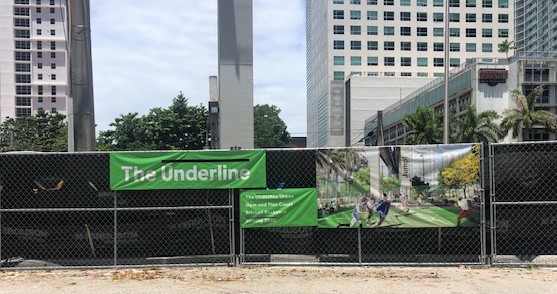 The Underline’s Brickell Backyard Is Under Construction